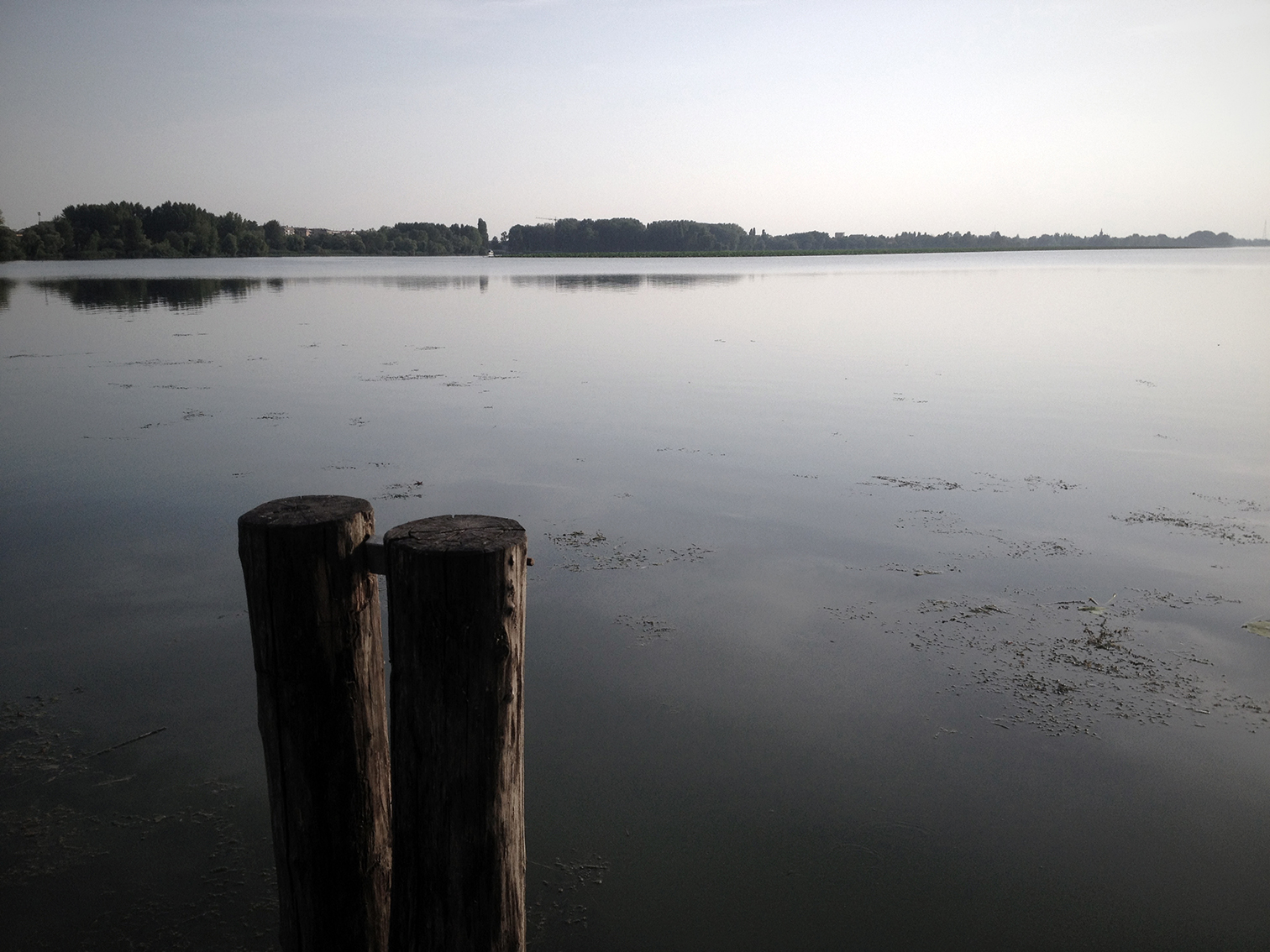 So one day, while I was thinking about my next 33th birthday, I decided to celebrate it with a 333 km bike ride. Clava, our “Nostromo” sent me the route: from San Marco Pass to San Marco Square in Venice; It seemed to me a great idea!

I created a post for the event on our forum; it was the number 666…that was a bad omen for the things to come…

During the days before my “birthday party” San Marco Pass was eliminated from the plans (I don’t know exactly the reason) and the new track runs along Oglio and Po river, untill Comacchio and ends in Venice.

I had no idea about the kilometers or tracks on gravel roads. I had only some screenshot taken from google maps and no answer at the doubts of my friends.

On the 4th of july, at 5 am we were 9 under the winged Lion of St Mark at “Porta S. Giacomo”, one of the gate of the “old town” of Bergamo; direction Venice. 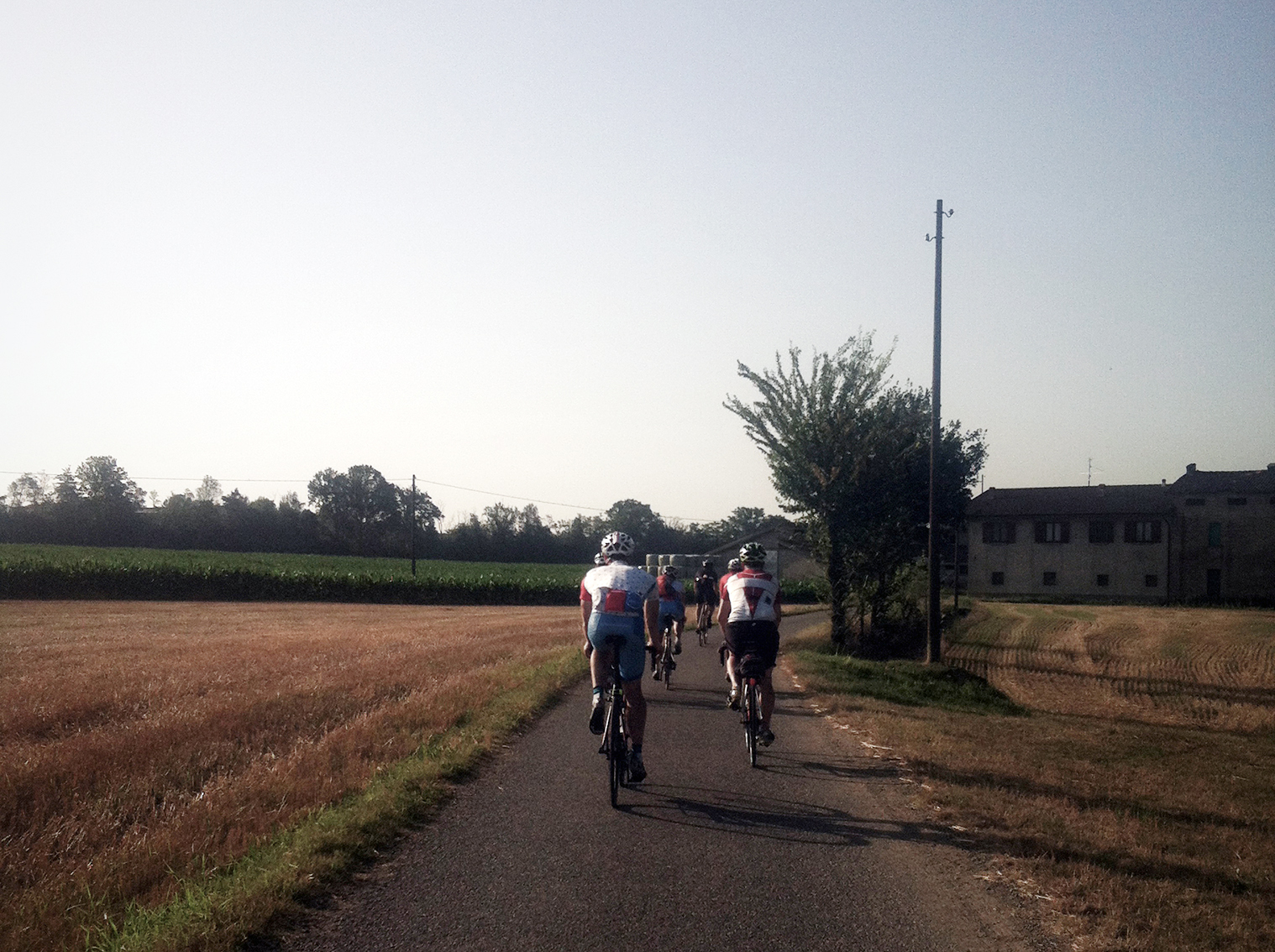 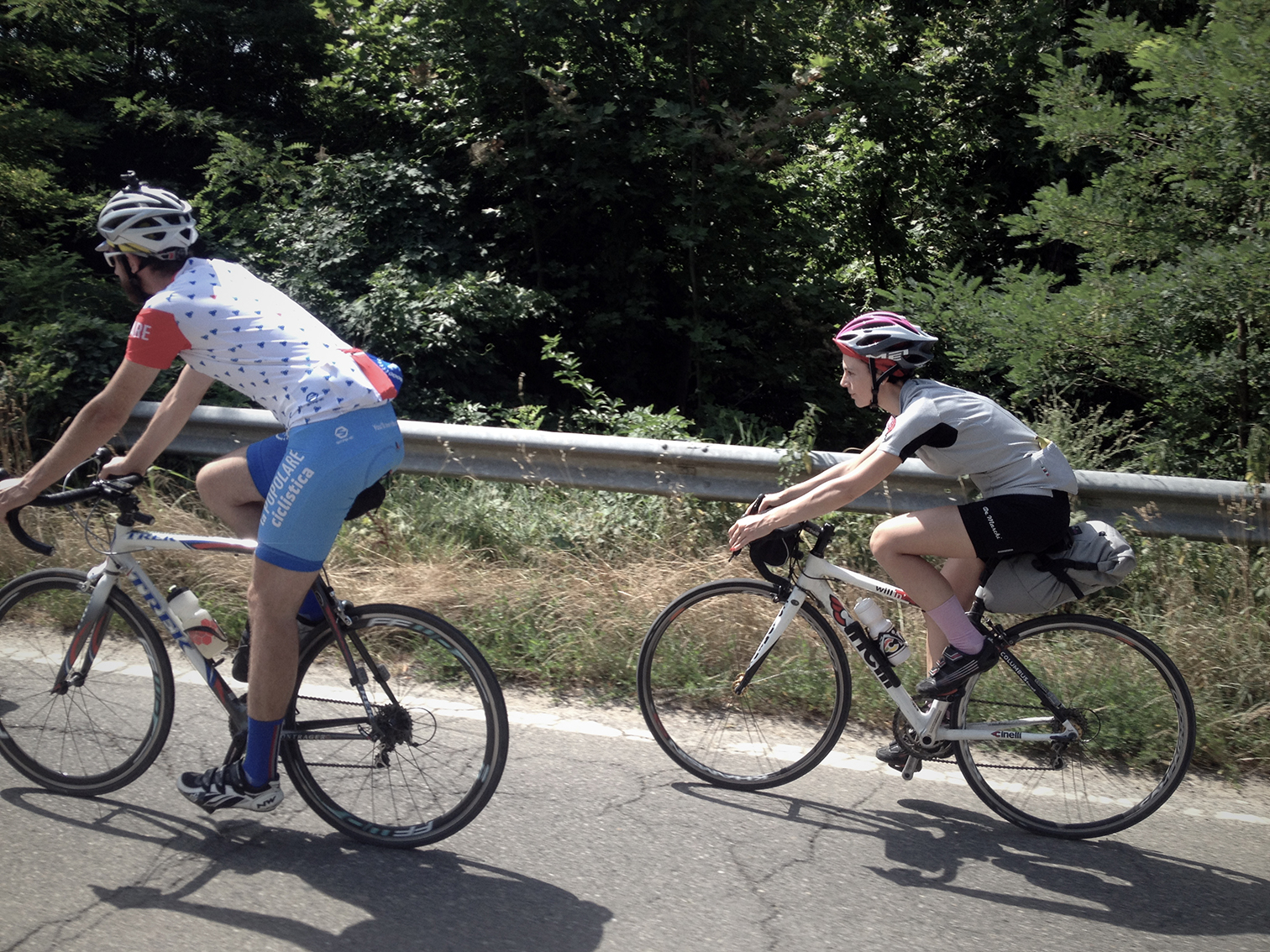 During the first 100 km the group was split up in two by the track errors and the different goals: our friends of “La Popolare Ciclistica” decided to continue along the main road to Venice, while Canisciolti got lost on single tracks through the woods which were as much fun as they were challenging on our “maybewrongbikes”.

Around us: the desert. The few countries we crossed seemed abandoned and the only people under a blazing sun were us and André the Giant. Every fountain became a source of precious water to quench our thirst and refresh. 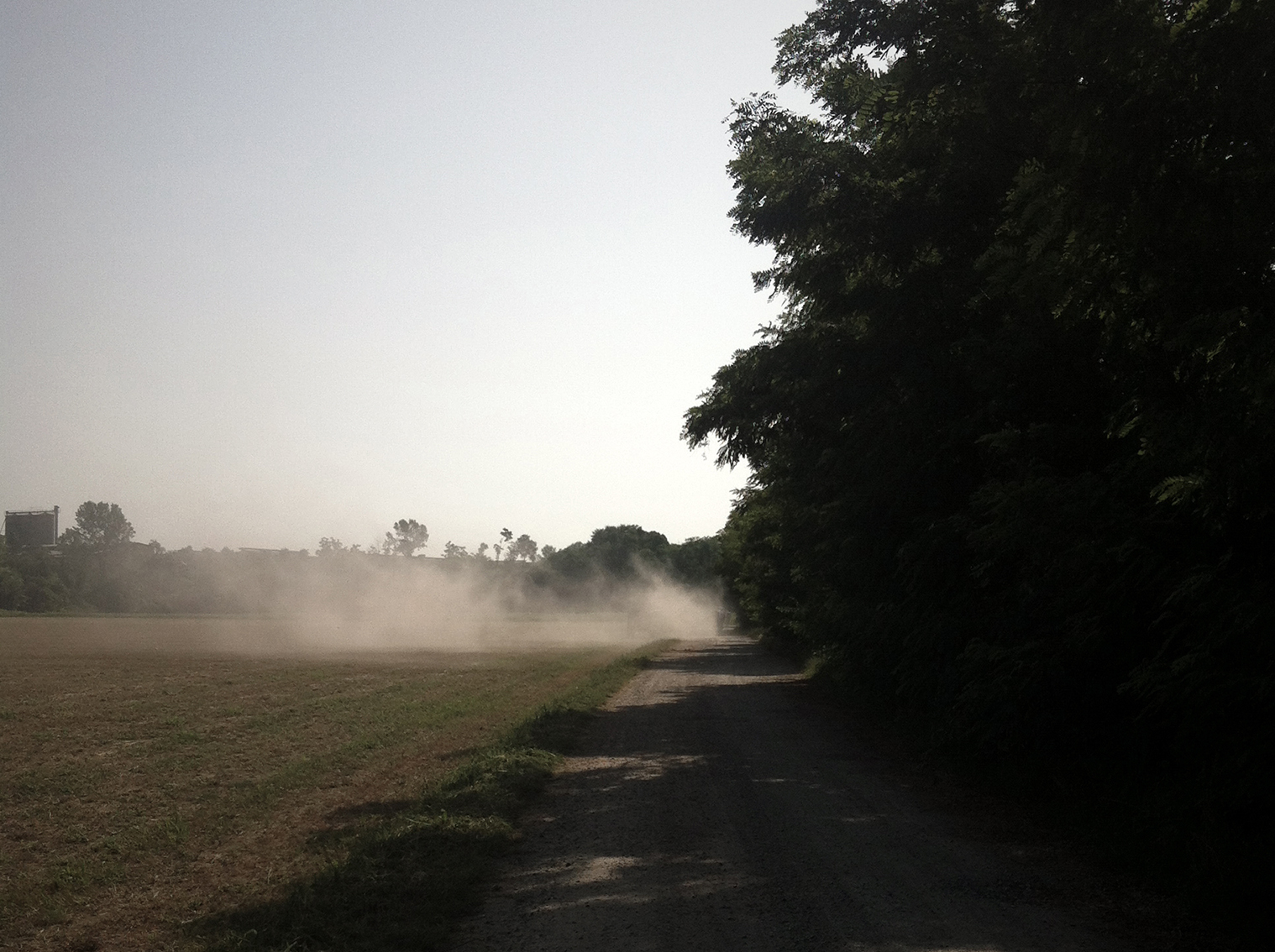 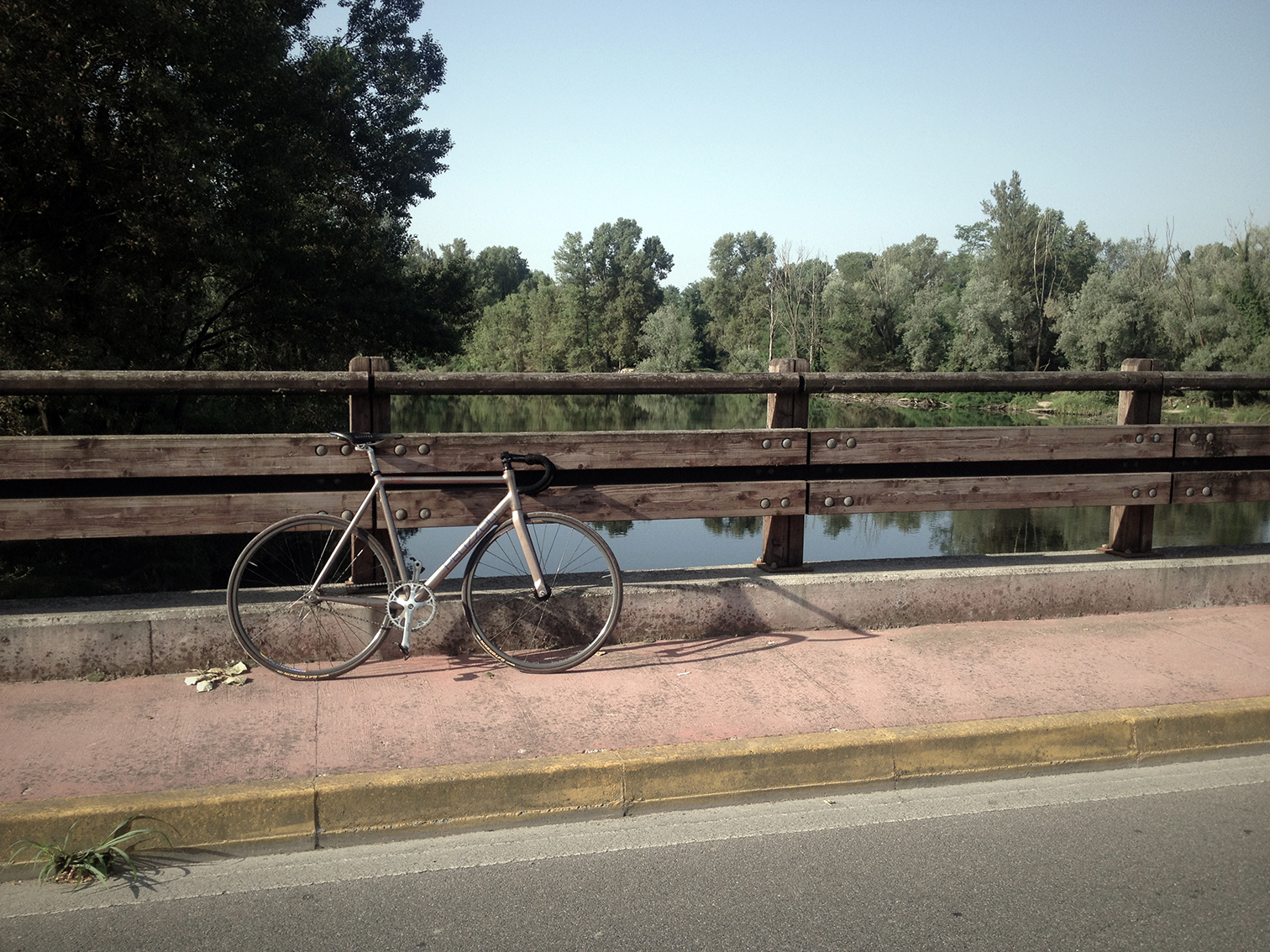 Our spirits were high until the first unforeseen problems occurred (maybe the curse “666” has befallen us).

We were late, it was a sweltering day, and repairing my wheel under the sun was a chore. While we stopped to eat something and to repair my wheel for the 3rd time, the radio was playing “The End”.

Our bad luck began the day before, when Clava tried to force the landslide at S. Marco Pass in order to reach me in Bergamo; the storm blocked him. Now we were prisoner in the middle of the Bermuda Triangle between Oglio and Po river.

The hours passed and it seemed clear that my plan would become an epic fail. 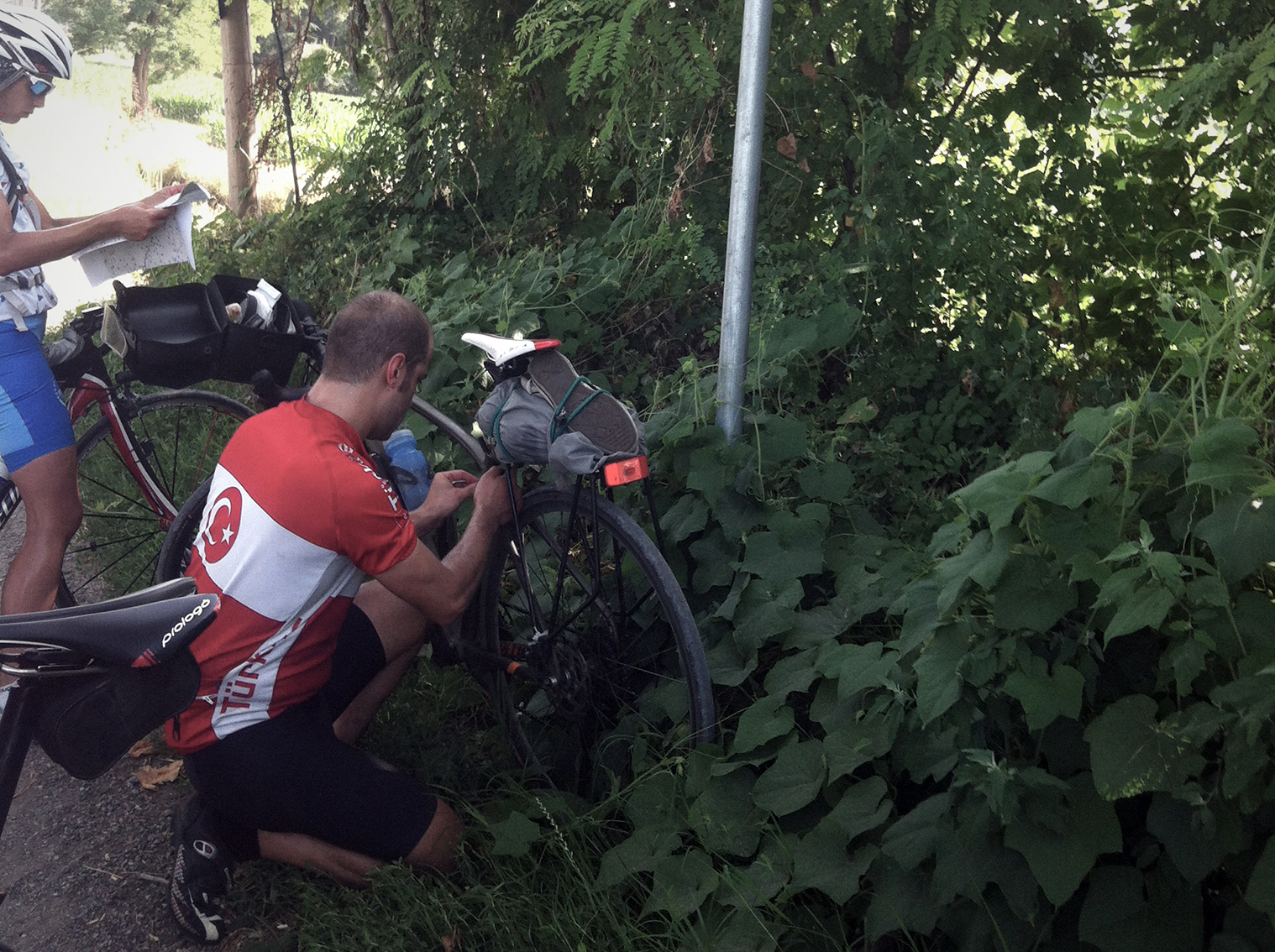 There seemed to be only one solution: going to Mantova and drink a good Venetian Spritz!

Best ideas (or worst, it depends from the point of view) comes to me unexpectedly, and after drinking and eating I realized that I was exactly halfway between home and Venice and it was my birthday; I had planned to do 333 km and I wasn’t tired.

So I decided to get back on saddle and go home along the Mincio river.

I felt good until Brescia, where the light of Alberto’s bike began to have a hypnotic effect. 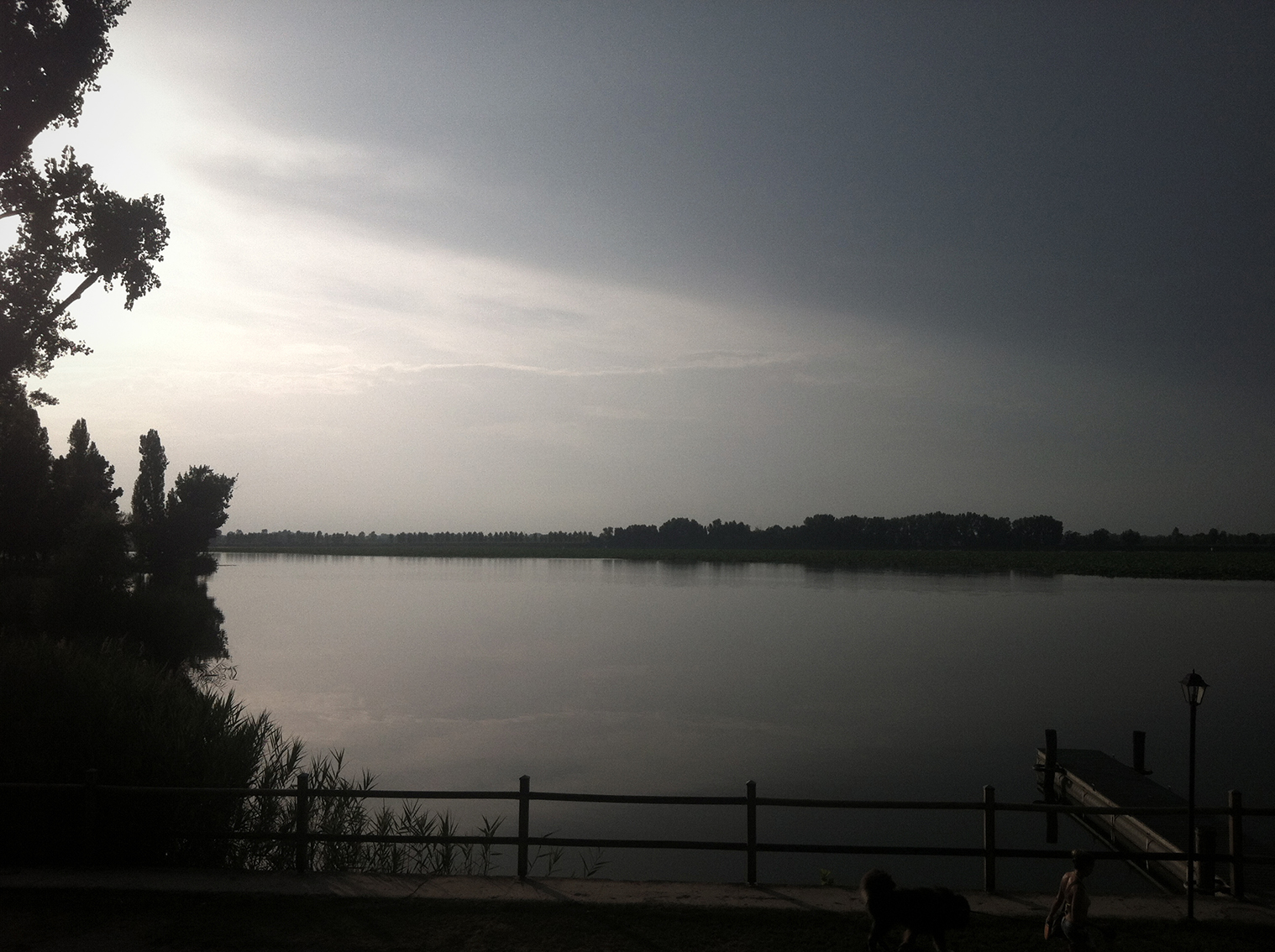 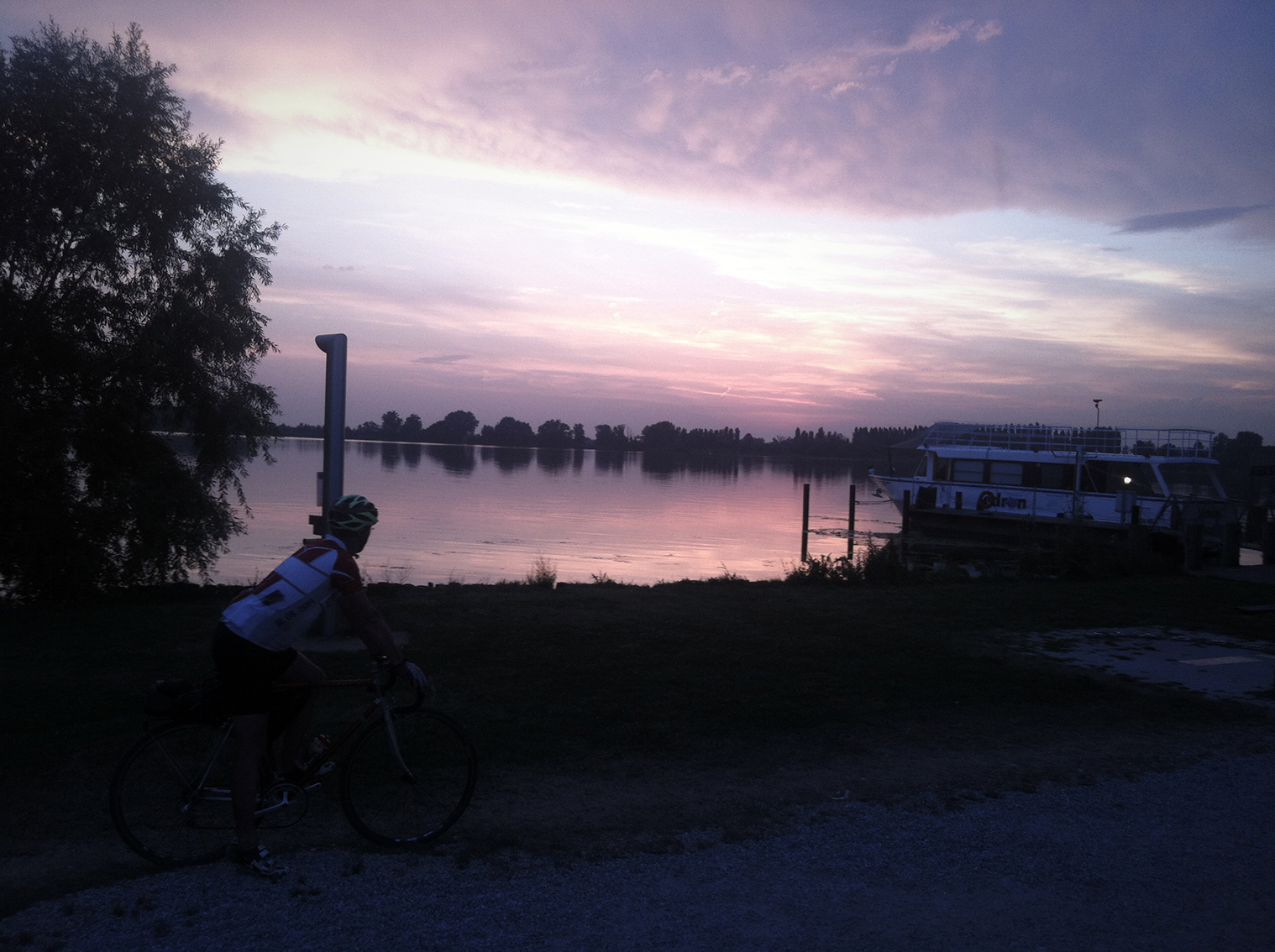 Before falling asleep on the station platform I thought back to the day spent doing what I love.

Thanks to my friends who have been with me on the wrong track…that I still believe that it was the right one!